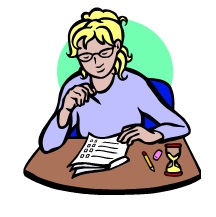 Test your knowledge of permanent partial disability awards on Nevada workers’ compensation claims with the following quiz.  I will post the answers next week with explanations. Have fun!

Quiz Time-  How Much Do You Know About PPD’s in Nevada?

Even if an injured worker has a surgery for a hernia caused by work activity, he is not entitled to a permanent partial disability award.

A  persistent low back strain does not entitle an injured worker to a permanent partial disability award if the MRI does not show a herniated disc greater than 3mm.

A cervical fusion done for a work injury will always result in a ratable impairment even if the injured worker has no pain and work restrictions following the successful surgery.

Iinsurers and their third-party administrators may have contractual arrangements with particular rating doctors to pay them less than the usual, state-approved fee for a rating in exchange for the physician or chiropractor remaining on their provider list.

If the rating doctors appointed by DIR to review rating evaluations find an error in the rating, the third-party administrator will be required to notify the injured worker of the mistake and offer the corrected PPD award if it is higher.