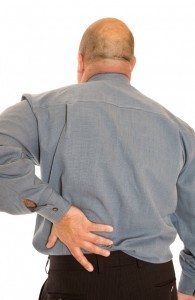 I have had rating issues come up in the past on how to rate injuries to the sacroiliac joint, and fortunately I had two experienced rating doctors reason that they should be rated under the DRE categories for a low back injury. I say fortunately because some rating doctors would have taken the position that because the AMA Guides 5th edition don’t specifically mention the sacroiliac joint, they would have found no ratable impairment. The November/December 2014 AMA Guides Newletter should settle any controversy over how to rate an injury to the SI joint.

This article notes that diagnosing an injury to the SI joint can be difficult because the injured worker’s pain complaints are similar to other causes of low back pain. Imaging studies of both the low back and the SI joint may reveal degenerative changes which may or may not be pain contributors, and there doesn’t seem to be a consensus as to what tests will definitely distinguish between a disc problem, facet joint , or the SI joint as the source of back pain.

But once the diagnosis has been made of a SI joint injury and appropriate treatment is finished, it should be easier to establish what the impairment should be now that this article sanctions the use of the low back DRE categories to rate under the 5th edition of the Guides. If the SI joint injury presents the rating doctor with findings of “muscle guarding”, “muscle spasm”, asymmetric loss of motion”, and non-verifiable radicular complaints, it should be rated as a DRE Category II ( 5%-8% whole person, depending on impairment in activities of daily living).