Chiropractors in Nevada Rule the Rating List for PPD Exams 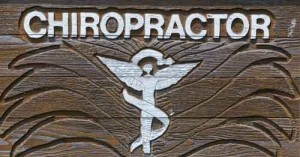 The Division of Industrial Relations (DIR) is the Nevada sub-agency responsible for maintaining a list of doctors authorized to perform impairment evaluations, also known as ratings, on injured workers with Nevada workers’ compensation claims. On December 14, 2014, the DIR updated its list of rating doctors to show which doctors have been added, or which ones are inactive, and the medical specialty for each doctor. Several doctors are listed more than once to indicate that the doctor is available in multiple geographical areas in Nevada. The total number of rating doctors who are currently active is 137, with chiropractors now numbering 100 of that total.

Chiropractors, like all doctors on this rating list, must take a course on how to use the AMA Guides to Evaluation of Permanent Impairment, 5th Edition, and must pass a test in order to apply to DIR to be included on the rotating the list of authorized rating doctors. Chiropractors are allowed to rate any injury to the musculoskeletal system. Most work-related accidents involve injuries to the musculoskeletal system. Even if an injured worker has had a surgery, such as a lumbar fusion, or a rotator cuff repair, or carpal tunnel release, a chiropractor may rate the injury. This is surprising to many injured workers that a chiropractor may be assigned to determine the percentage of impairment when a chiropractor could not prescribe medication or surgically treat the injury.

Rating doctors are assigned in rotation by the DIR upon receiving a request for a rating doctor by the adjuster. The insurer does not get to unilaterally pick the rating doctor. However, the law does allow an injured worker to agree to a rating doctor suggested by the insurer. Some insurers routinely send a letter to injured workers with 5 or 6 names of rating doctors, and ask the injured worker to agree to be rated by one of them. If the injured worker does not agree, the insurer must schedule a rating with a doctor assigned from the rotating list by DIR. I caution injured workers not to blindly agree to be rated by a doctor the insurer suggests. ( I usually agree with insurance adjusters on which doctors will rate my clients, but I make it my business to know which doctors are most knowledgeable about the Guides and are fair. I also go with my clients to the rating to make certain that the doctor has received all relevant records from the insurer, is rating all accepted body parts, and knows what they are doing.)

I have written much about the errors and differences in ratings by Nevada rating doctors. I am not however, concerned about the predominance of chiropractors on the updated DIR list. I often agree to have several particular chiropractic doctors rate my clients rather than have the rating done by a doctor assigned from the DIR list. Many chiropractors are exceptional in their ability to apply the criteria in the AMA Guides, and in general, chiropractors take more time to perform a thorough evaluation.