Why You Can’t Sue Your Employer in Nevada

By Jason Weinstock on March 21, 2011 Posted in exclusive remedy 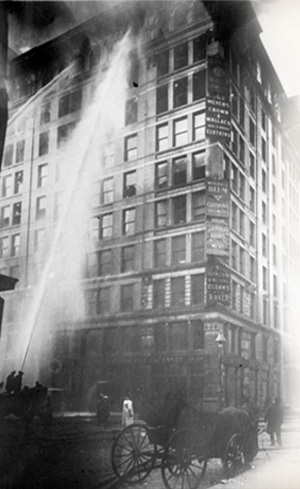 People who contact me after getting hurt as a result of an unsafe work condition ask about suing their employer. In this lousy economy many employers are trying to save a buck by not following safety procedures to protect employees from foreseeable accidents.

The worker who ends up hurt due to an obvious unsafe work condition or practice feels angry toward his employer.  However, the law is the same whether someone is angry or not.  It’s a shock for the injured worker to learn that his employer cannot be sued  for the harm caused by the employer’s failure to correct an unsafe work condition, even if the employer has been asked to correct it and knows that an accident is likely to happen.  The reason for that has to do with the underlying concept behind workers’ compensation laws.

If an injury arises out of and in the course and scope of employment, the injured worker has the right to file a workers’ compensation claim and the right to obtain the benefits described in the Nevada Industrial Insurance Act (NRS Chapters 616A-D).  As the injured worker discovers, those benefits only partially compensate him for his lost wages and loss of earning potential.  No matter how negligent, uncaring, or stupid an employer is about work place safety, if the employer has purchased workers’ comp insurance, the employer is legally protected from a direct lawsuit by the injured employee.  This is called exclusive remedy.

What an injured employee should do is maximize his workers’ comp benefits by educating himself about  all benefits that are available.  The employee may also take action before or after he is injured by filing an anonymous complaint with Nevada OSHA to report unsafe work conditions. An OSHA inspector may inspect a workplace, fine the employer, and order corrective action. However, no additional benefits or compensation will be paid to the injured worker if a violation is found.

Why has the Nevada legislature made it impossible for injured workers to sue negligent employers who cause work injuries with their unsafe work conditions?  The reason is mostly historical.  When workers compensation laws were adopted by the various states at the turn of the century, they were a great improvement for  most workers over  trying to sue their employer under the common law.  The new laws provided immediate medical care and wage loss replacement for all workers regardless of who was at fault for the accident.   The idea was that society would  protect all injured workers to some extent and spread the cost of industrial  insurance on to all consumers through the employers.

This month is the 100th anniversary of the Triangle Shirtwaist Fire that killed 146 people in a factory that had had several  fires.  This tragic fire in a Manhattan sweat shop prompted many of the early reforms to protect workers from unsafe work conditions.The reforms lead to much better working conditions, but  one hundred years later,  employers still don’t always do the safe and right thing to protect their employees from harm.

Are the reasons for not being able to sue the employer still valid in today’s world?   Or, is it time to make an inroad into the exclusive remedy protection afforded to employers?